Vietnam’s textile and garment industry has grown from a very modest position to an important industry of the country, creating jobs for more than 2 million labors and achieving an export turnover of 6 billion USD at highly stable level of growth at over 15% per year (2005, 2006). The goal of industry is to strive to achieve an export target of between 10 and 12 billion USD by 2012 and become the leading industry in Vietnam.

In addition to maintaining production and investing in the textile and garment industry, Vinatex also flexibly converts its structure towards multi-industry and multi-ownership to maximize its potential. The scope of activities of Vinatex in this period (2006) was expanded to the fields of financial investment – banking, industrial zone infrastructure business, materials and equipment business …

Implementing the approved direction of the planning for industrial zones development in Vietnam towards 2015 and orienting to 2020 of the Prime Minister at Decision No. 1107 / QD-TTg dated August 21, 2006. 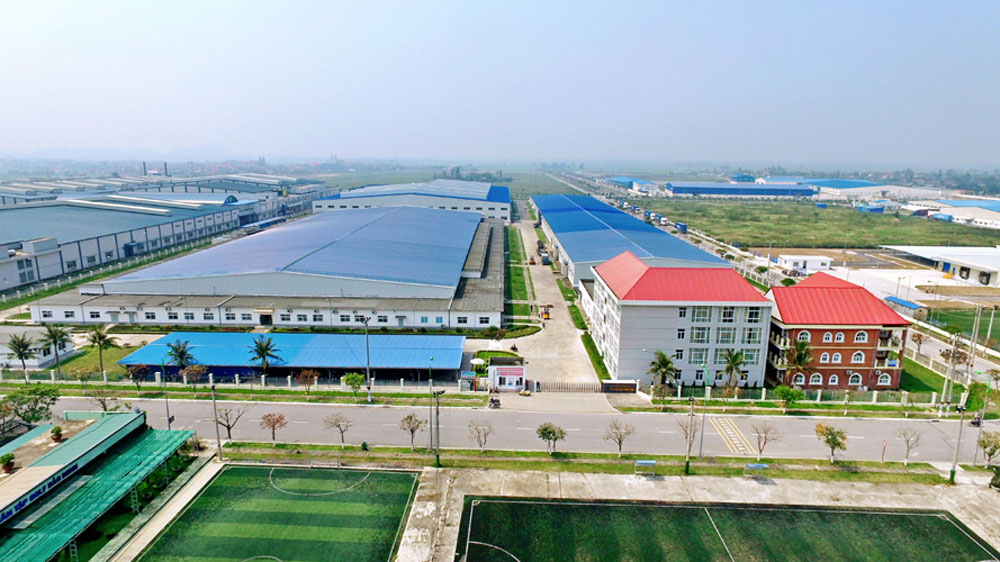 Based on the production capacity and target of 1 billion meters of fabric / year that the Ministry of Industry and Trade assigns to the Vietnam National Textile and Garment Group, Vinatex has oriented the development center of the textile and garment industry in Nam Dinh because this is the initial base of the industry. On June 12, 2007, Vietnam Textile and Garment Group decided to establish Vinatex Investment Joint Stock Company in Nam Dinh city, now renamed as Bao Minh Industrial Park Infrastructure Joint Stock Company to implement a project with 8 founding shareholders are member units under Vinatex. At Decision 463 / QD-TĐDM dated 15/08/2007 of the Vietnam National Textile and Garment Group on the assignment of construction and infrastructure business project of Bao Minh Industrial Park.

On December 20, 2007, the People’s Committee of Nam Dinh province granted the investment certificate No. 373/UBND-VP5 – the first investment certificate code number: 07121000039 to carry out the project of construction and infrastructure business in Bao Minh Industrial Park with an area of more than 150ha in Lien Minh commune, Lien Bao, Kim Thai district Vu Ban, Nam Dinh.